Here are 10 Fun Facts About Dolphins:

1. Nearly 40 different dolphin species inhabit the waters of the world. While most species of dolphins live in coastal areas of tropical and temperate oceans, there are five species that live in freshwater rivers (including the Amazon pink river dolphin

2. Dolphins are carnivores with a variety of fish, squid, and crustaceans included in their list of prey. A dolphin that weighs 260 pounds (118 kilograms) eats approximately 33 pounds (15 kilograms) of fish per day.

3. Known for their playful behavior, dolphins are highly intelligent. They are as smart as apes, and the evolution of their larger brains is surprisingly similar to humans. In fact, they are said to be the second-most intelligent mammals after humans. Dolphins can recognize themselves in a mirror, and call each other unique names.

4. Dolphins belong to the scientific order called Cetaceans, which also includes whales – their closest relatives. In the Delphinidae (dolphin) family, orcas are the largest species of dolphin

5. They are highly social animals, primarily living in groups that hunt and even play together. Large pods of dolphins, called ‘superpods’ can be made up of 1,000 members or more! 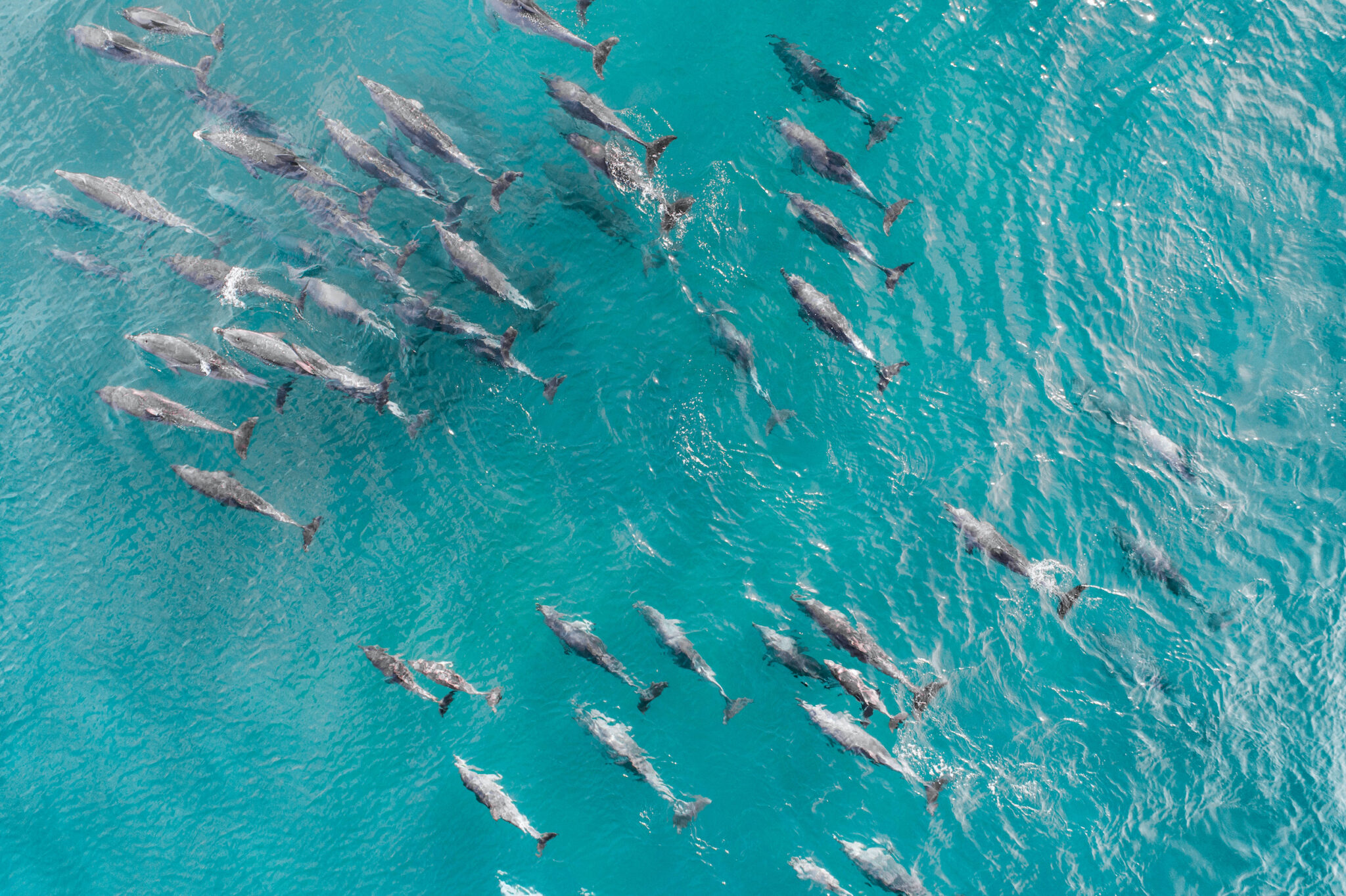 6. These marine mammals give live birth, similar to humans – except the baby is born tail first! Depending on the species, dolphin gestation takes somewhere between 9 and 17 months. After giving birth, dolphins are incredibly maternal. The mother helps the calf to the surface for its first breath, and they’ve even been observed nestling and cuddling with their young.

7. Depending on the species, dolphin calves (babies) nurse for up to 2 years. A calf may stay with its mother for anywhere from 3 to 8 years.

8. While dolphins have no sense of smell, they make up for this with their other extraordinary senses. They have acute eyesight both in and out of the water. Dolphins have a well-developed sense of touch. They hear frequencies 10 times the upper limit of adult humans, and they expertly use dolphin echolocation to locate far away or hidden things using sound waves and echos. 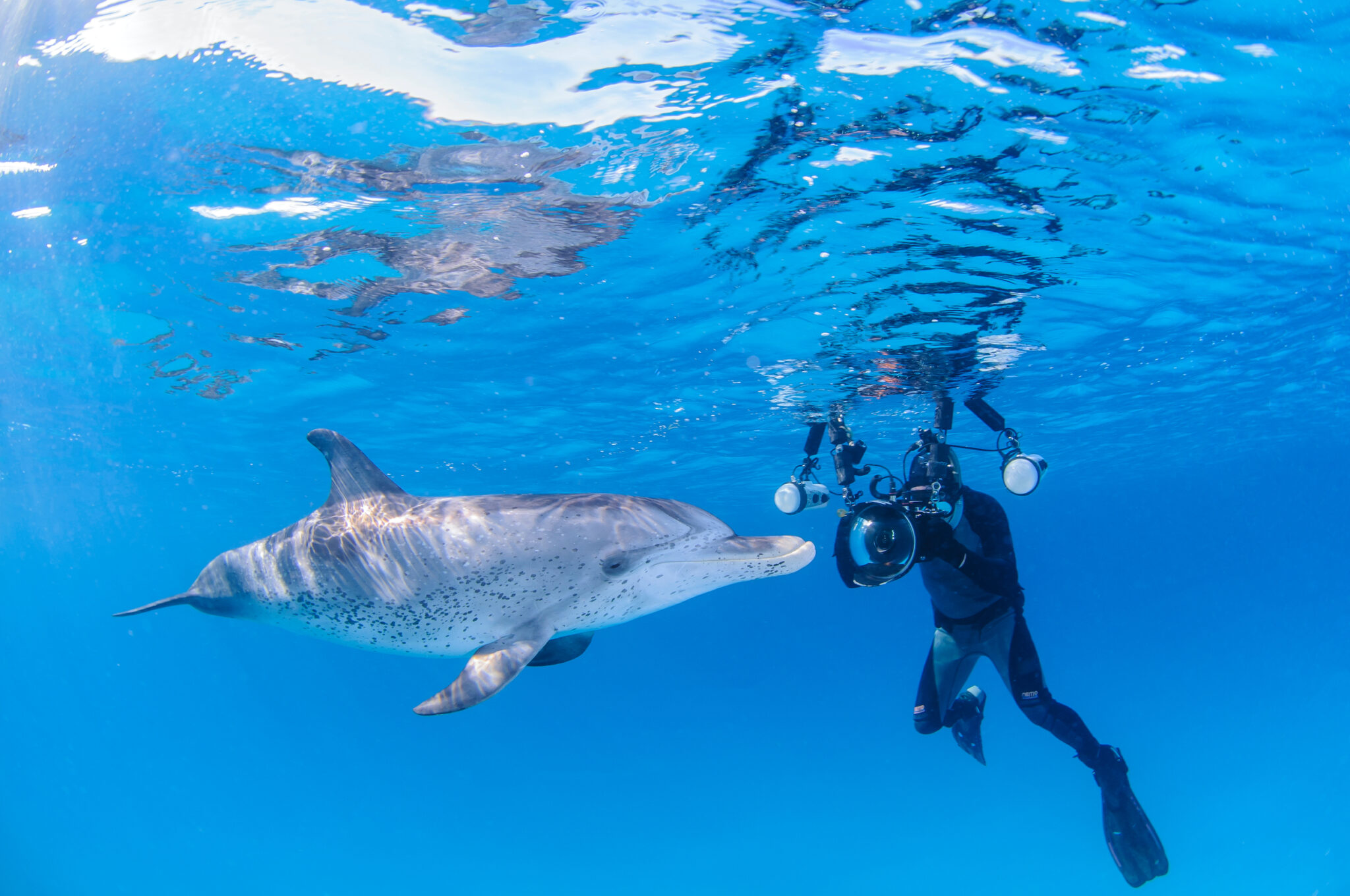 Ready to Dive In?

If you love these dolphin facts and are inspired to observe them in their natural environment, here’s what we recommend:

Dolphins and humpback whales are both known to be extremely playful with each other. In fact, many scientists believe that the ‘surfing’ or bow riding that dolphins exhibit in front of boats, may have been inspired by their riding in front of or in the wake of big whales. If you love dolphins, six back and relax while you watch this majestic footage captured in Hawaii of dolphins swimming with humpback whales: